Only revolutions can bring about an uprising and can bring universal growth. It is one of those necessities that has existed in human history and continues to do so today.

The software industry's digital revolution has advanced significantly in the last few decades. Since Ada Lovelace created the first piece of software, our industry has created millions and billions of pieces of software up to this point. Software directly solves end users' concerns software like Mergify, which helps enterprises ship quality products faster and safer.

Sometimes the jargon and other nuances associated with these software products and services can get confusing. One such complex and puzzling aspect is the version numbers.

If you are like me, I am pretty sure you are confused with what statements like these imply. What does the number 5.0.0 means, and what is the significance of 5.0.0 why can't we just mark every change like v1, v2,v3, and so on? Why should we have a number system consisting of three digits? Let's find the answers to these questions. :)

Although some software developers have their own methods for issuing version numbers, most businesses adhere to a standard procedure. Usually, software version numbers are broken up into smaller groups of numbers and separated by decimals.

When the leftmost number in the series is altered, the driver or software has likely undergone a significant modification. The rightmost number often represents a slight change when it is changed. Other numbers in the series could also change, with different levels of change depending on where they fall in the series.

For example, a piece of software used by Mergify internally has version number 7.8.3. If a minor change is made, the slightly improved software version may be given by 7.8.9. If there is a major new release, the version number change to 9.3.0 to indicate more substantial updates have been made.

What do they mean? 🤨

In most cases, these numbers are non-negative integers assigned in ascending order; a rise in a section's numbers indicates that the section has grown and developed.

It should be noted that until a product enters the public domain, developers will ordinarily number it by placing a "0" in front of the major section. This demonstrates that the product is currently undergoing testing and is only offered to staff members for evaluation or trial. Version number 1.0.0 may be used by the creators when launching.

Many software companies, including Mergify, publish release notes that you can read and explore to learn about their latest updates, releases, launches, and more.

The significance of software version numbers 💪

Enterprise software users should be aware of a variety of characteristics of software version numbers to guarantee that they have access to the most up-to-date and effective software for their particular needs.

Companies should first make an effort to comprehend how the provider lists the software version numbers. The methods used to identify versions can differ from developer to developer, making it difficult for clients to know which version to select unless they are familiar with the methods used by a particular provider. A supplier should ideally follow a set version protocol that helps to show that the developer is qualified and not just doing careless work.

Businesses should also ask about the frequency of software updates before investing. Many businesses use the most recent software to maintain seamless operations and close security gaps in their systems.

The enterprise should also decide the type of testing that is carried out for each release. A minor version upgrade will probably be completed much faster than a straightforward bug repair. Understanding the modifications that have been made with each version upgrade and how these changes may affect everyday business operations.

It also informs us of the software version and guarantees the following advantages:

GitHub even allows you to download the corresponding versioned software to play around and note the changes. Now, since you are a master of understanding software versioning, go and explore various software and check if their versioning makes sense to you.

Most programming languages are either statically or dynamically typed. With static typing, developers need to define the type of data used, like in the example below in the C language: int example_function(int number, char *string) From the very first look at this function, you know that it takes

With the launch of GitHub Actions, GitHub has taken the DevOps world by storm. All the new buzzwords, such as Serverless, Functions as a Service (FaaS), and Platform as a Service (PaaS), have become much more accessible. GitHub Actions are a new breed of FaaS. This new service allows anyone 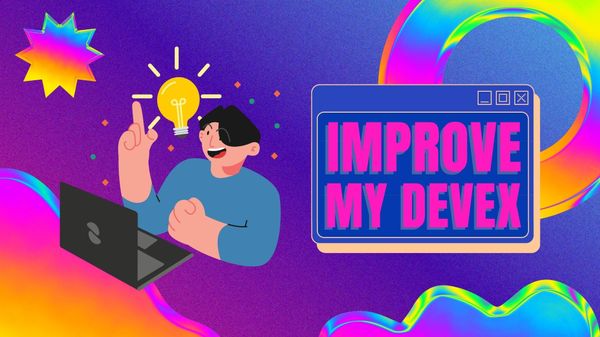 Find some useful tips to improve your Developer Experience, make your team happy and your company best place to work for software developers.